Movie Clips for Illustration in Worship 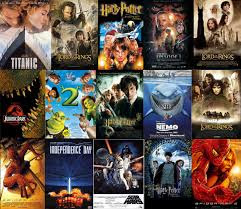 I've been reflecting on the use of clips from popular films in worship as part of the sermon. Some of you have probably seen them and seen them used effectively during worship. Perhaps a pastor is speaking about how love in Christ overcomes differences in race and socio-economic background, and they then play a powerful scene from The Blindside to illustrate their point. Is this a wise and Biblical practice?

God has certainly not forbidden the use of screens and/or movies in church. God has given us much freedom in the forms we may use in worship, so I don't see this as a simple "movies in church are forbidden" issue. However, I personally don't think that the use of popular movies in worship is wise. I'll give two reasons--one my own and one from John Piper.

First, for a great many Christians movies are a stumbling stone. It is very difficult to sit through 115 minutes of attractively presented worldliness without having your heart drawn toward the materialism, sensuality, amorality, cynicism and God-absent world view that are prevalent in most popular movies. By playing clips from those movies during our central act of corporate worship are we not implicitly encouraging already struggling folks to go back to those "broken cisterns" which are causing such destruction in so many lives?

Second, from John Piper: "I believe profoundly in the power and the till-Jesus-comes-validity of preaching. And by that I mean the spirit-anointed exposition of the Scripture through clear explanations and applications of what's there. There's something God-appointed about that.
I think the use of video and drama largely is a token of unbelief in the power of preaching. And I think that, to the degree that pastors begin to supplement their preaching with this entertaining spice to help people stay with them and be moved and get helped, it's going to backfire. It's going to backfire.

Of course, it would probably help if we all could preach like Piper.

Bottom line: Are the gains from playing movie clips--strong emotional impact and cultural relevancy--worth the potential losses? My fear is that many in the name of pragmatism are not even asking the question.
Posted by Pastor James at 7:05 PM